Learn more about Tharon Ann, Living Under the Weavers Hut, India with Backpack and a Prayer, and her new book coming soon: Molly’s War.

Tharon Ann is a memoir of one woman’s life, from orphan, to actress, to mother, to seeker, as the book’s byline summarizes. It is written in several voices as her life progresses; the first, her childhood, a voice reminiscent of Faulkner, Williams, and other southern writers; the second, that of an actress who takes us with her into the world of movies, theater, and television; the third, of a wife and mother who as a single parent, along with her small boys, puts us into the “Old Chevy with a suitcase tied to the top” trekking cross-country to a new life; and finally, the fourth about the richest part of her life, which allows us access into a fantastic journey of the spirit, with openness, humor, and charm. The book is more than a memoir in the traditional sense. It is a road map, a guide on determination, on achievement against all odds on that thing called hope. Available in paperback and Kindle. 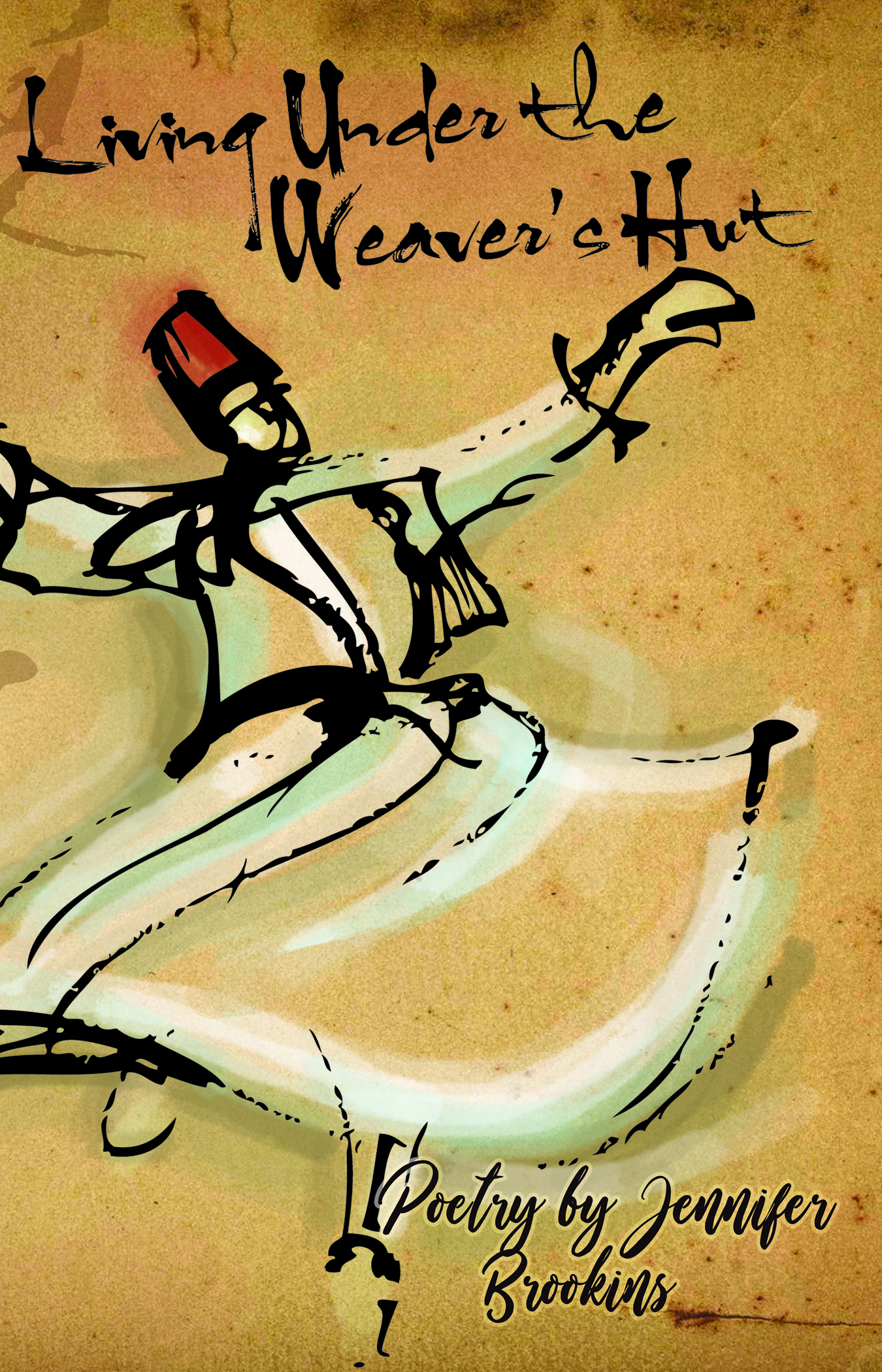 Living Under the Weaver's Hut

Living Under the Weaver's Hut is a collection of devotional poetry by Brookins inspired by her travels to a spiritual community in India. The collection is interspersed with original color illustrations by artist Ralphie Cratty.

Purchase Living Under the Weaver's Hut

India with Backpack and a Prayer

Explore the world's best kept secrets for seekers of a spiritual awakening in this fascinating memoir by Jennifer Brookins. In this unique and personal account, she details her first trip to Northern India, Punjab. Brookins describes her varied travelling experiences, newfound friendships, spiritual lessons and the profound impact those had on her life. The text is supplemented with original color photography and her inspirational poetry. Since early childhood, she sought answers to spiritual questions. During her travels to India, she discovered many answers after meeting Mystics who taught her their philosophy and meditation practice. Follow the former Broadway and television actress on her humbling and transformational journey in India with Backpack and a Prayer, a continuation of her first book Tharon Ann.
From the author: “In today's world people are looking for spiritual answers. I searched for the same answers since early childhood and finally found what I was looking for, along with a Great Mystic who taught me about this philosophy. India with Backpack and a Prayer details my first trip to Northern India to a small spiritual community.”

Purchase India with Backpack and a Prayer

Tharon Ann: From Orphan, to Actress, to Mother, to Seeker

“Jennifer Brookins memoir Tharon Ann is reminiscent of Mark Twain, Will Rogers, and other authors who write in unconventional ways. It is a revelation of her struggle to find a successful and more deeply, meaningful life. She does so with self deprecating humor, passion, and sheer determination. This book led me to deeply reflect on my own and humanity’s
struggles and destiny.”

Living Under the Weaver's Hut

An Illustrated Book of Poetry

“Jennifer Brookins’ poems are written in exquisite, lyrical free verse. I can do no better than to quote from her new book of poetry, Living Under the Weaver’s Hut. “Again and again I turn my face to you. Your darshan weaves feelings in me that moves my heart to prayer.” If you read mystic poetry, i.e. Rumi, Hafiz, you will love this book.”

India with Backpack and a Prayer

A deeply affecting travelog of a spiritual life

“I loved this book, the intimacy, the sense of the spiritual world close by, the interiority of the poetry, and most of all, the mystery of her four adept friends. Highly recommended.”