Sex is an hors d’oeuvre in Hollywood 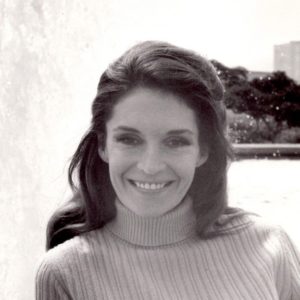 An excerpt from Tharon Ann.

“Every day I run back and forth to the Chinese Grauman Theatre, working crazy odd hours with breaks in between shows. Oh, the life of an usherette. Ha! At least I have a job, and one step closer to my goal. I have to start somewhere. I’ll never let anyone push me in the dirt again. Never.

It’s so cool living at the Hollywood Studio Club. It feels like a luxury hotel, but it’s more like a sorority house for starlets and other show folk like me floating around trying to get their foot in a door – any door. Lots of contract players from major studios live here. There’s so much to say about this town – the seedy underbelly of ambition, the many times I’ve been in a car when suddenly his arm slides down, and confuses my leg for the gearshift. Sex is an hors d’oeuvre in Hollywood, a precursor to fast-tracking goals, a route I won’t take – thank you very much.

After dinner I decide to sit in the lobby and work on a scene from This Property is Condemned, a one act play by Tennessee Williams, for acting class tomorrow. My room is so small, the lobby is the only place to read and study; the other residents do the same. It’s also where guests come to visit. No one is allowed upstairs with the exception of those who live here.

I’m sitting here with my nose in a script when I’m hit on by one of Howard Hughes, or so he says, talent scouts – like seriously, who can believe anyone in this town. He is a tall, nondescript man who tries to strike up a conversation about how hard it is to get parts in Holly- wood if you don’t know the right people. The man says he’s waiting for someone who lives here that was just put under contract to Howard Hughes, along with his pitch that he is setting her up in a new apartment. In addition, he pays all her expenses and pushes her career. He asks me the question, “What do you think of that?” Without looking up, I reply in my old Southern accent, “Sounds good to me.” Those words are the ammunition for his big finale.

He continues to explain that when Hughes calls for this girl, she must be available for him. He makes it sound like such a great

opportunity, that if I’m interested he can make it happen for me too. This guy is the usual Hollywood wall snot. I’m insulted by his offer.

In my softest Southern ladylike voice, I look directly into his eyes and without blinking an eyelash, smile sweetly and ask, ‘Would you kindly take that offer and shove it up your ass?’

He’s shocked by my reply, but I continue to focus my glassy stare on his very nervous face. I have no idea what he is about to say; I take the lead once again and continue our one-sided conversation, ‘If you so much as look at me again, I’ll have you arrested for pimping.’ I’m angry because I know I’m better than this. Perfect timing. The girl he’s been waiting for enters the room. He quickly turns from me. She’s happy to see him. Smiling, he takes her hand and they leave. I know her. She is Elizabeth Taylor gorgeous.

A week or so later I notice that same girl in the dining room. She catches my eye and motions me to come join her for dinner. After we exchange the usual chitchat, I begin to describe my brief encounter with the so-called Howard Hughes guy she went out with. To my surprise, she’s genuinely happy I have an opportunity to get ahead in this town. Still thinking she’s putting me on, I laugh and begin to share my exact words to “pimpman,” that I have no interest in being any man’s whore-girl. Horrified, she abruptly gets up and leaves the room in a huff. She never speaks to me again. Well go damn figure Hollywood.

I share a room the size of a shoebox with a goofy dancer at the Hollywood Studio Club. She has the one single bed in the room. Mine is on the sleeping porch at the end of the hall, number fifteen to be exact, where the Miss Universe contestants dream of becoming queen of the world during runoffs. She reminds me of a slightly off-centered Christmas tree angel. Each morning on the way to ballet class, she walks through the Hollywood Farm Market to test sausage samples for breakfast. Betsy’s leaving soon to go back home and marry her high school sweetheart. I’m glad. She would never survive Hollywood; way too sweet for this town … reminds me of back home. I’ll miss her when she’s gone.

I know what I want. When push comes to shove, I’m a survivor. Otherwise, how did I live through the first two years in Hollywood trying to break into television, trying to get an agent, trying to get anything. Agents always tell me the same thing, “Little lady, you’re no hothouse orchid. You got no headlights and a voice like Minnie Pearl. Take your cute little ass back to Little Rock and marry the milkman, but whatever you do – get out of show business. You’re in way over your head. You’ll never make it.”

Actually, I do have an agent of sorts who calls herself, “Mrs. Virginia, agent for the stars.” She represents midgets, talking dogs, parrots, jugglers, a ventriloquist, a spider monkey she stole from a street vendor and me. One day, she calls to say that such and such is casting a great role, “Dahling, you’re perfect for the part. It will put you on top dahling. Now you must be there on time dahling.”

I suspect Mrs. Virginia is a man in drag. I could be wrong, but I don’t think so. She has a deep, show biz voice sprinkled with “dahling this” and “dahling that” in every conversation. Whenever she opens her mouth, I envision hot prune juice running down the side of her face.

When I arrive at the casting office, Mrs. Virginia’s entire circus act is in the lobby, flying and swinging in all their glory. Are we here for the same part? It could happen. This is Hollywood. I take her into my confidence, cough a few times on my sleeve and explain that I’m dying of tuberculosis, adding in my sweetest voice, “I haven’t the heart to waste your precious time.”

I may be new to the Hollywood scene but I’ve come a long way from this type of mass cattle call, and half-assed agents who book clowns and monkeys for car shows in shopping malls. It’s easy to be eaten alive in this town.

Being a starlet has the same value as a cheerleader in a nursing home. My dream is to be a real actress on Broadway. Last week, someone from the Actor’s Studio told me Hollywood actors aren’t respected on or off-Broadway. Well, that’s great, but I need to pay the rent. I have to begin somewhere.

At last, my foot is finally in the Hollywood door doing bit parts on television shows like Alfred Hitchcock Presents, Father Knows Best, Dobie Gillis, Suspicion etc. If you blink you’ll miss me, but it’s something. Warner Brothers grinds out shows, one hit after the other. Sitcoms sweep the nation week after week. One of the most popular is 77 Sunset Strip starring Ephrem Zimbalist Jr. and Roger Smith, along with Edd Byrnes and Connie Stevens. Overnight, Edd has become a household name after his hit record, “Kookie, Kookie Lend me your Comb.” Teeny boppers go wild for this song. When Edd’s contract is up for renewal, his agent holds out for more money. Where Jack Warner is concerned actors are dispensable, no matter their popularity. Edd wants more money than Jack Warner thinks he’s worth, and fires him. That’s the end of his rising star, his agent’s big commission, and another hard lesson to learn in this town. The pendulum swings both ways. A headliner today stands in the unemployment line tomorrow.

My agent just called to say I got the job I auditioned for months ago … so excited I can hardly breathe. I’ll be part of a summer repertory company in Connecticut as well as a proud, card-carrying member of Actor’s Equity, and the union dues that go with it. He tells me to buy a plane ticket and be there in two weeks. Whoo! Whoo!

Summer stock isn’t what I expected. I hardly have time to unpack! On the upside, it’s an opportunity to learn the techniques of performing on stage with well-known character actors like Dora Merande, a great comedian in her late seventies. She makes it her life’s ambition to stand in the wings each night and critique my every performance – comedy in particular. Dora is like a badger hunting prey, her long nose always checking me out, her buzzard-like eyes, small, squinty blue dots that at first glance seem cold, unyielding and lacking in humor. On the other hand, her odd-shaped nose has made a grateful friend out of me. If I look at it long enough, it begins to assume a life all its own.

Dora feels it’s less painful to teach me her lifelong bag of comedy trade secrets than to have me step on her laugh lines every night for the rest of the summer. She’s tutoring me in all the tricks of comedy, how to come in when a laugh peaks, how not to step on a laugh line, how to do a double-take in a natural way, how to take a slap, how to give a slap, how to take a fall without breaking every bone in my body, how not to upstage another actor, and how to upstage another actor. In short, she has become my mentor in comedy, and likes me despite herself. I adore her, and hang on every word she says. Lucky for me, because directors in summer stock have little time for anything outside of blocking scenes and preventing the actors from killing each other. We rehearse next week’s play from early morning until late afternoon. Afterward we go home, wash up, and grab a bite before returning to perform the play of the week for packed houses six days a week. Monday is dark. This is hard, grueling work, not at all what I thought it would be, but I’m not complaining. Where else could I learn the technique of performing on stage, as opposed to television and film – two different mediums. I’m lucky they hired me; at least that’s what Dora says. Ha! During the day, I rehearse for next week’s lead role of the sexy waitress Cherie in Bus Stop. In the evening I play twelve year old Ann Frank in The Diary of Ann Frank. When Bus Stop is in performance, we begin rehearsals for Separate Tables. I’ve learned so much from this strenuous schedule. The disciplined give and take of ensemble acting isn’t for sissies. Not a week passes, I’m not taken to task by the older, seasoned cast members. I hope to have more confidence in myself by summer’s end. Saying goodbye to Dora won’t be easy. Seems like that’s all I ever do. “

“Tharon Ann, by author Jennifer Brookins is a wonderful read! A young woman begins her journey to chase her dreams from the Deep South to Hollywood, enduring a number of difficulties and overcoming the hardships of single motherhood to a wonderful ending and to the lovely woman known to us today. She teaches us to reach for our dreams, and though life sometimes seems senseless, in the long run good things do come. I highly recommend this book to anyone that loves biographies or for just a delightful read. Check this out!”