The climate in Little Rock gets worse by the day. Christian preachers don’t let colored people in their churches, and the few that do make them sit in roped off sections in the back where no one can see them. If God knows everything, then he knows how fed up I am right now. He could have stopped all this hate between whites and coloreds. He didn’t. He could have stopped our soldiers from being killed in the war. He didn’t. So I made a deal with him: if he doesn’t bother me, then I won’t pester him anymore. It’s not right to call myself a Christian when I’m mad at him half the time.
All my life I’ve tried to love Jesus same as Mama did, but I don’t and I’m not proud of myself for it. I feel so let down these days wondering why someone like him isn’t around here now. If God gave people a teacher back then, why can’t he give me one now? But when I say things like that, people look at me with that “shut up” look on their face, then comes ten quotes from the New Testament. Why should I believe them when they can’t give me one good reason for claiming Christian whites are better than Christian negroes. If Jesus wasn’t a racist, why are they? I have serious questions no one can answer outside of the usual stock answer, “Little lady, just read your Bible every day, have faith, and everything will work out.” Well, maybe that answer is enough for some people but not for me.
And another thing, how come every question I ask always ends with them saying I’m sitting in judgment. Is wanting to know the truth same as judging others? I’d like to believe they know what they’re talking about, but when I heard some preacher cheated on his wife at the drive-in last Saturday, and him with his hand in some girl’s blouse, his tongue halfway to Memphis down her throat, and breaking the same ten commandments he preaches on Sundays, I thought to myself, “What’s the Gospel done for him?” I know all Christians aren’t like this but it’s enough to turn me off. I ask the same question over and over: what’s the point in bring- ing someone to Jesus and getting them baptized, when you don’t let coloreds in your church? Another time, I asked the same minister why God bothered to make me in the first place. I asked him where I lived before I was born, where I’ll go when I die, and what kind of God makes war? He just looked at me like I didn’t have my head screwed on tight. I should have asked him what he does on Saturday nights. I’m fed up asking questions no one can answer, like where my grandpa went when he died, like who decides what’s to be born an animal, or a blade of grass, or a human being. Another thing, where do my thoughts go when I die? Where’d my old dog Laddie go when he got hit by a car and died? We buried him out back. I can’t stop wondering about things like this. The Christian Science people are sincere, but they can’t answer my questions either. I only go to church because it makes Aunt Lowee happy. 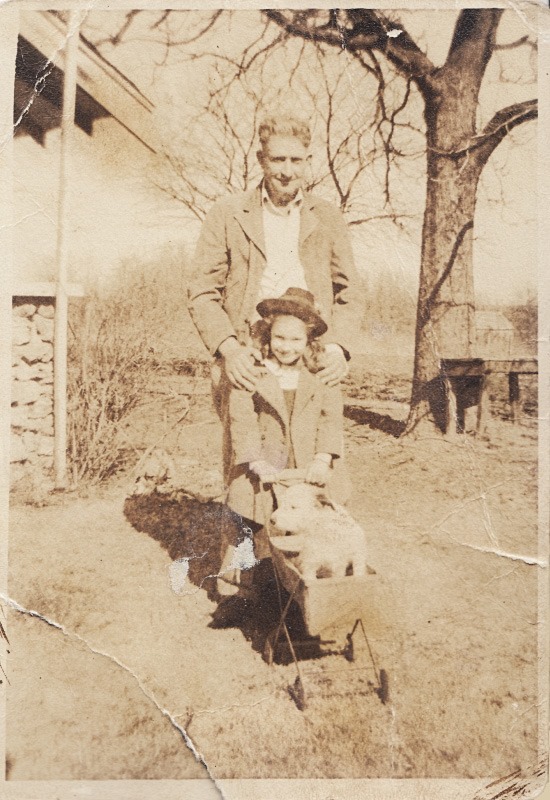